Remember a few days ago when I said that last Christmas I was looking for a green glitter polish? Well this year I have quite a few to choose from.

Below I have gathered my favorite green creme, glitter and holo polishes for Christmas time! 🎄

Please let me know in the comments what your favorite green polish for Christmas is!

This collection only has one of the “typical” winter shades according to me, and that is the white polish called Snow Way! Otherwise I feel that the shades are more spring than holiday. Even though I don’t feel like it’s a very Christmas-y collection I’m still interested in getting some of the shades, especially the pink glitter Let’s Shell-ebrate and the berry pink The More The Berrier.

What do you think about this holiday collection?

I started off this week with some blue nails, namely Frostbite from China Glaze. Frostbite is a gorgeous frosty blue polish that covers in two to three coats. 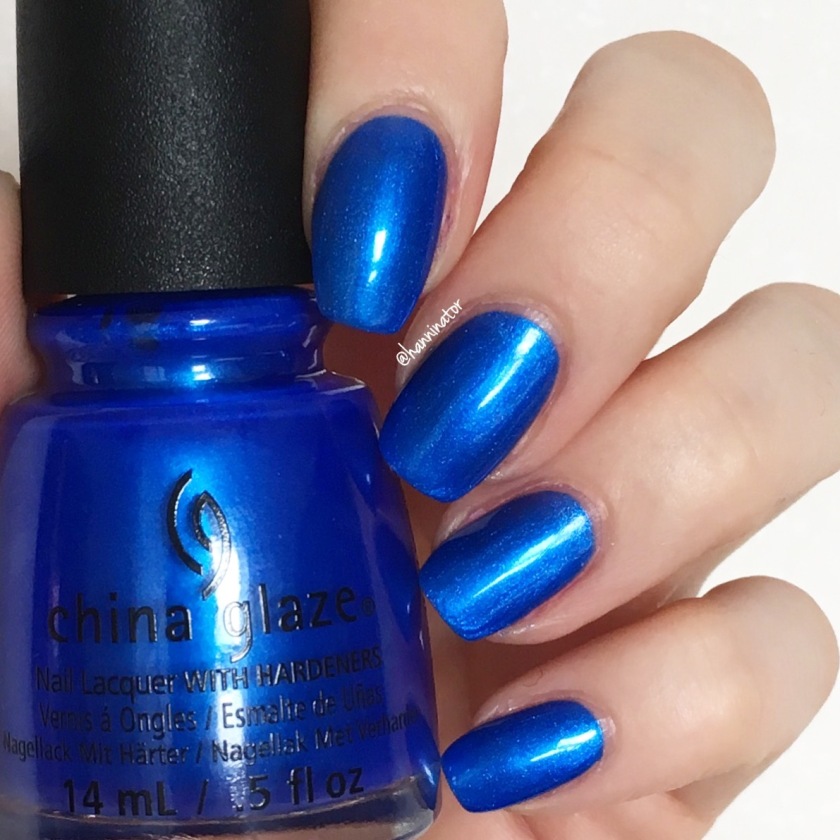 I really liked this polish so I felt like wearing it a little bit longer than I had planned. So I decided to do some nail art over it. 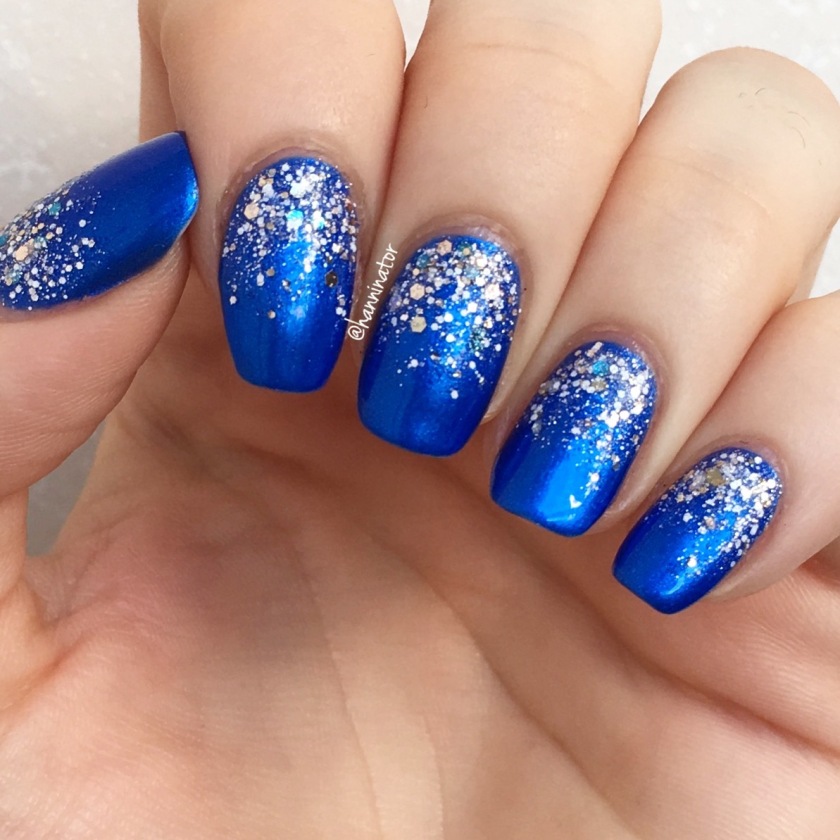 It was a really long time since I did a glitter gradient, so thats what I went for this time. And I think the nails turned out really festive, they would be perfect for New Years Eve! The base is Frostbite and the glitter is Muppets world tour from OPI. 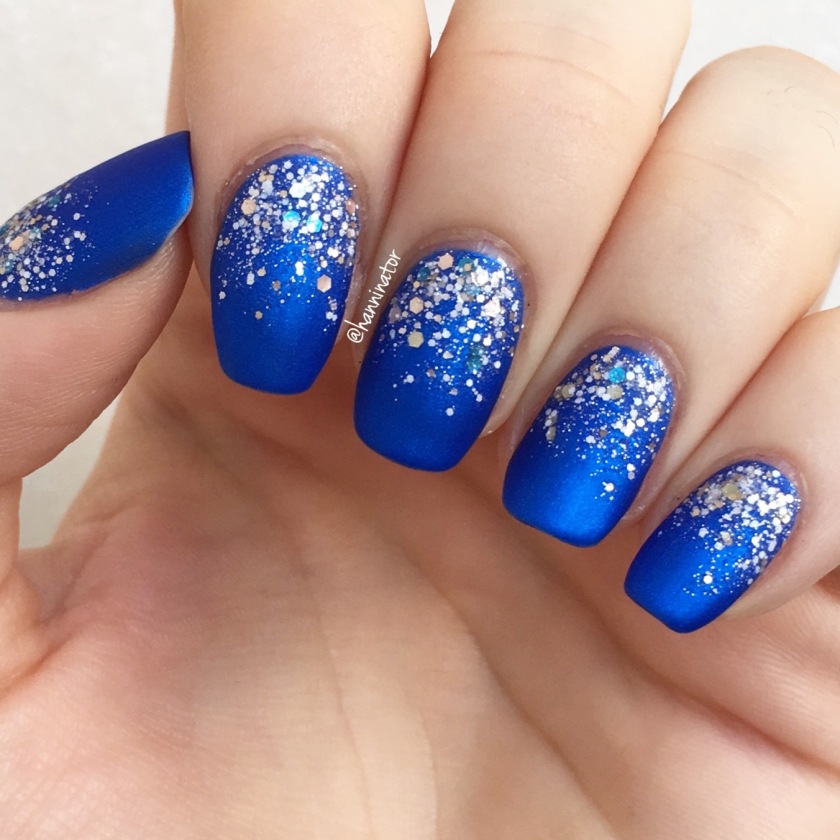 It was also really long time since I used matte top coat so why not add that over the nails while I was at it. And they turned out even better, at least according to me! I must use matte top coat more often.

Which look do you prefer, shiny or matte?

This weekend I was in London (again) with my boyfriend. It’s like the third time in six months… oops. We went to see The Last Shadow Puppets, but of course we had time for some shopping too. I actually found a lot of things (mostly polish), much more than I was planning on. I’m guessing you want to see what I bought!?

Of course we went to Lush to buy some more bath bombs and bubble bars! I love taking baths, so they will be used up pretty quick I think. I even got my boyfriend to pick out some stuff! The hotel room smelled like a mini Lush after our shopping there.

I think I went in to every Boots we passed to look for Starry starry night from Essie, but it was sold out everywhere. So when I found a mini pack with four of the polishes from the Retro revival collection (including Starry starry night) I knew I had to have it! I also found a mini pack with four of the Virgin snow winter collection polishes that I bought. They were both £10 each. I bought a duo pack with Bikini so teeny and the Gel setter top coat for £10 too. I have been wanting to try this top coat for a while, so I thought I’d give it a try now when I found it at such a good price. At the airport, right before we were going to our gate we walked by a Boots, so I went in one last time too look for Starry starry night. And I found it! Just this one bottle! They had ‘buy one, get one half price’ so I bought Haute tub from the winter collection as well. Total for these two polishes were £12, pretty ok. 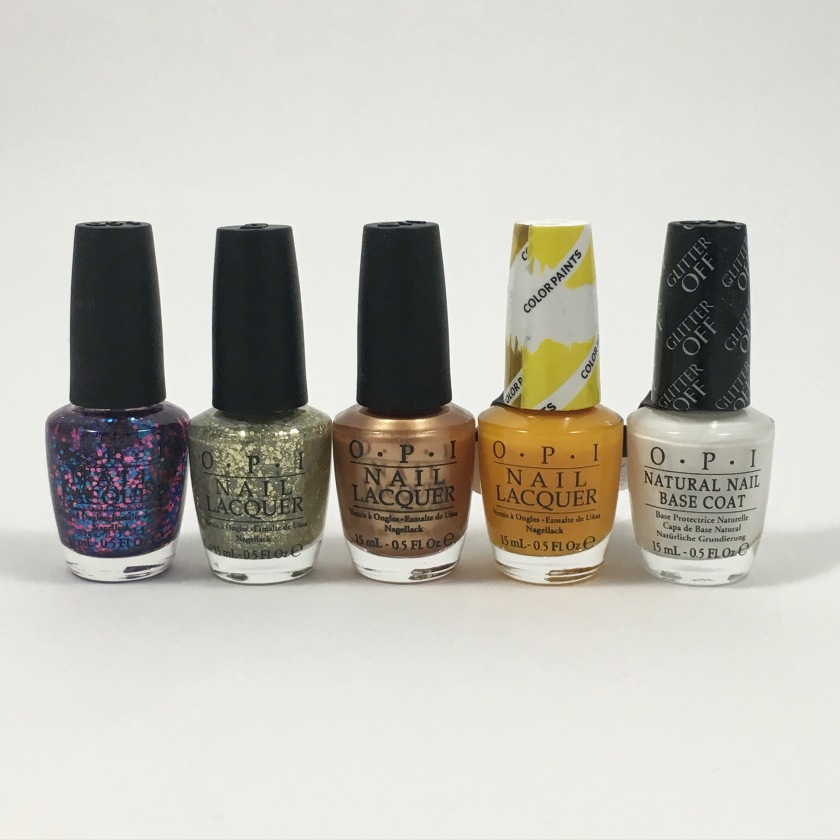 I bought five OPI polishes for my mom. Polka.com, Baroque… but still shopping!, OPI with a nice Finn-ish, Primarily yellow  and Glitter off base coat. They were all £3 each.

I found most of the polishes at TK Maxx (OPI, China Glaze and Essie) and a few at Boots (Essie). 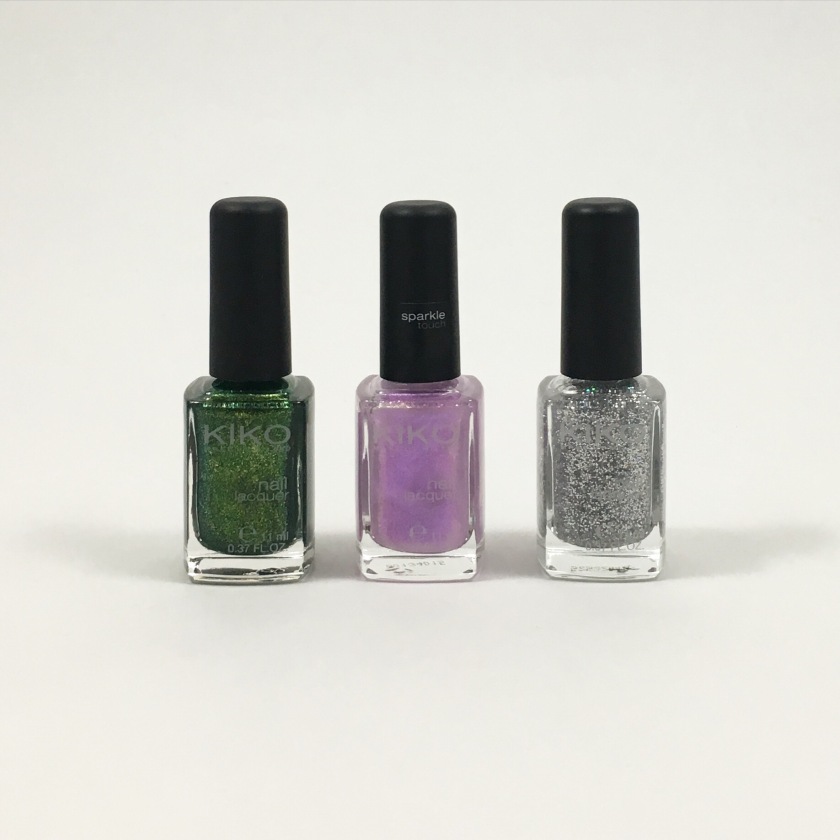 I did not just buy polish, I found a Ciaté x Olivia Palermo Smoked out eyeliner for only £5. And I bought 2XU compression tights at Runners need. They were expensive though, but still cheaper than if I would have bought them in Sweden.

Then I got something for a friend, but she hasn’t got it yet. And I think she reads my blog so I’m not going to tell you what it is to ruin the surprise!

Ps. I also bought something that I’m planning on doing a giveaway with! I’m not gonna tell you what it is yet, but keep your eyes open on my Instagram page for a chance to win this amazing giveaway! 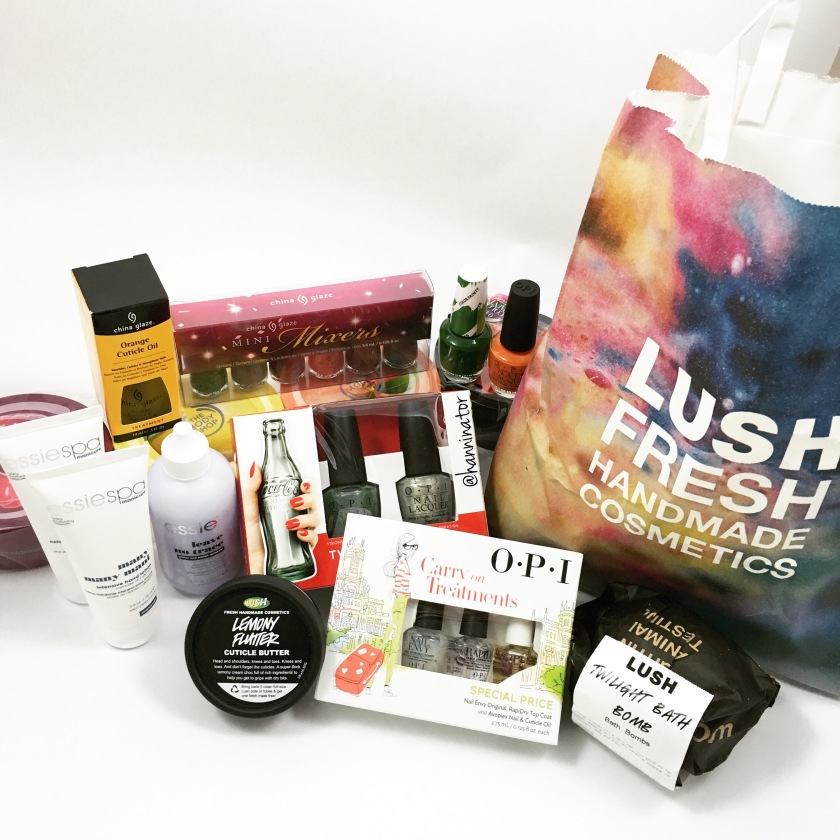 At Lush I bought Lemony flutter cuticle butter and bath bombs. Finally I have some pretty bath bombs that smell lovely! The bath bombs I have used before have been useless (they were not from Lush) so I look forward take baths with these.

From Boots I bought some things from Essie. Essie spa hand scrub and hand creme and leave no trace glitter nail polish remover. I got a sample of the glitter remover from Kicks and I really liked it, it makes it so much easier to take of glitter polishes! I haven’t found the hand creme and scrub in Sweden before so I’m looking forward to try them. Of course I had to try them at the hotel, and so far I can say that they smell really nice!

At The Body shop I bought five body butters for only £25, so now I’m set for a while.

A friend on insagram let me know I could find cheap OPI’s at TK Maxx. If I hadn’t know what I could find in the store I don’t think I would have gone in, because it didn’t look promising from the outside. It was a very messy store, but I managed to find a few goodies. A duo pack with the latest Coca Cola polishes from OPI, a mini pack with mini nail envy, rapid dry top coat and avoplex cuticle oil. And then two OPI polishes for my mum that I know (think?) she doesn’t already have. From China Glaze I got a mini 6-pack and Orange cuticle oil. The polishes were £3,99 and the sets were £9,99.

I bought this polish called ‘Don’t desert me’ from China Glaze last fall, but I haven’t worn it until now. I wonder why, because it is truly gorgeous. I haven’t been able to keep my eyes off my nails today, and that is a pretty good grade.

The formula of the polish isn’t that good, it’s pretty thin and runny. But it still covers good with just two coats. And with a polish this pretty the formula doesn’t really matter.

I just couldn’t make myself remove the polish after just one day (which I normally do), so I evolved the manicure with ‘Liquid leather’, moroccan stencils from Snail vinyls and dots.

I just love these nails and how simple it is to change a manicure with the help of stencils (and how pretty the result turns out)!