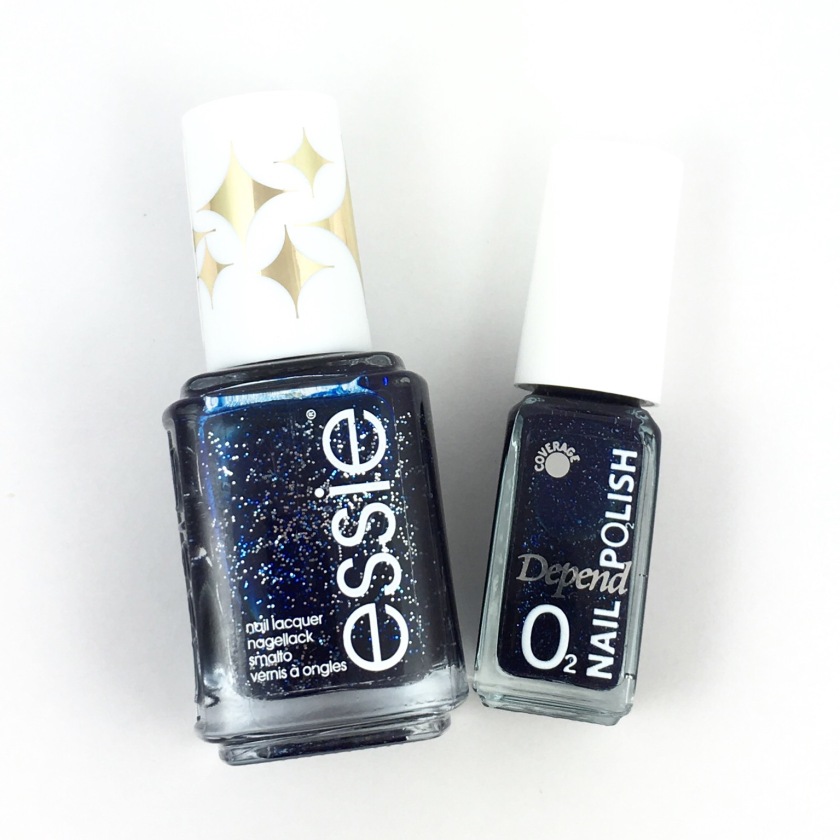 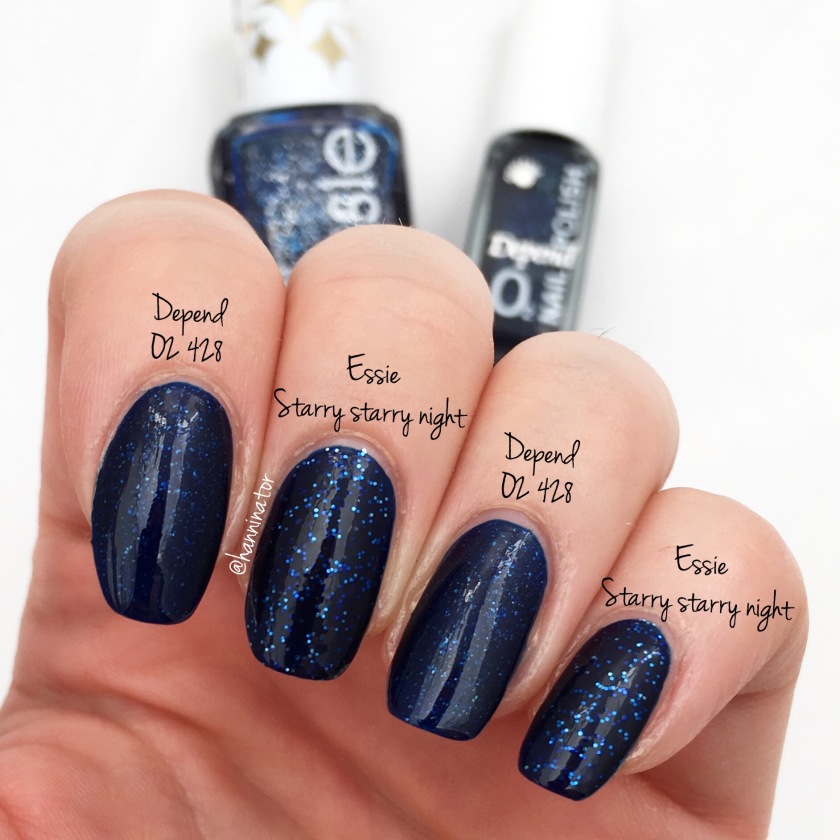 Here you see two coats of both polishes over one coat of base coat. The formula of the two polishes are pretty similar and they are a little bit thick. On the first coat they look pretty awful and like they will new a few more coats to be opaque, but the second coat covers really well! 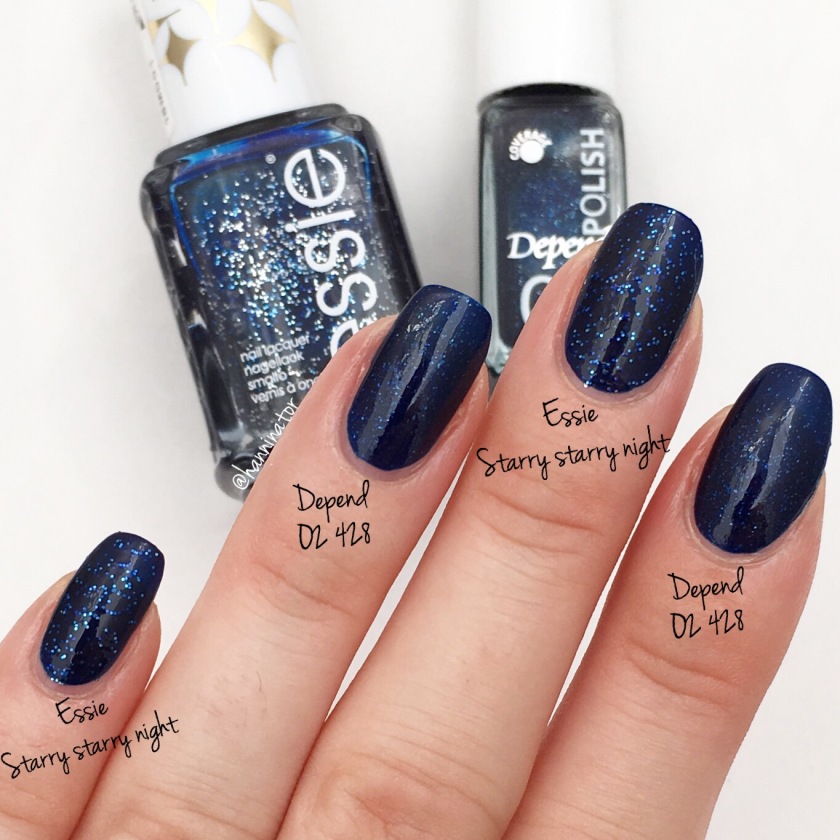 The only difference between these two polishes are the size of the glitters, so which one you’ll like the most depends on what you prefer. But don’t you agree with me, O2 428 from Depend looks like a good substitute for the original Starry Starry Night.

One thought on “Essie Starry Starry Night vs Depend O2 428” 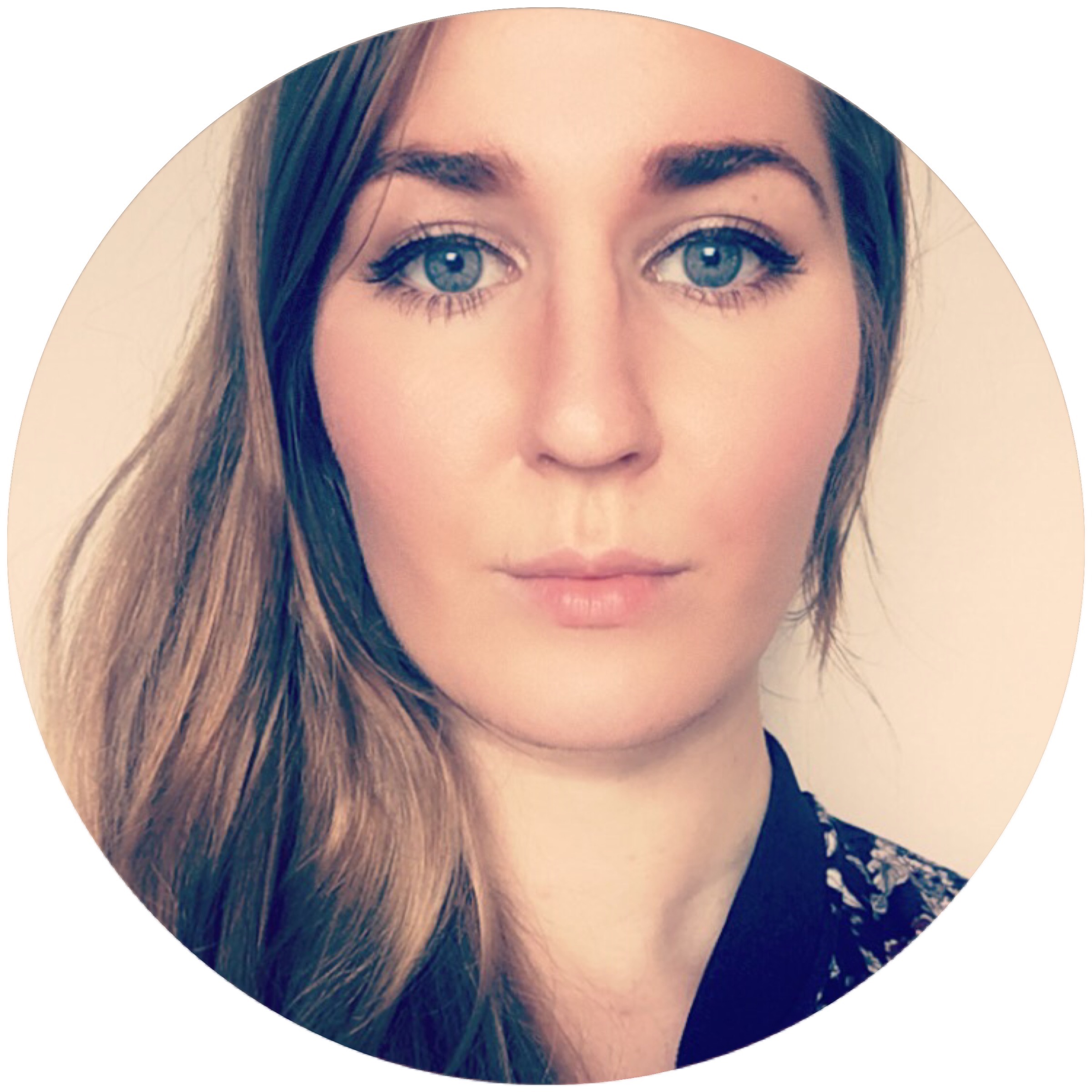